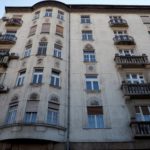 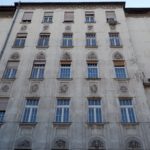 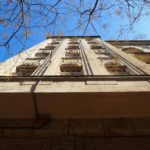 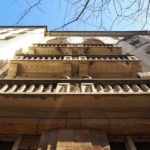 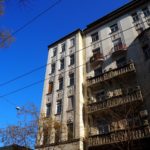 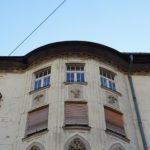 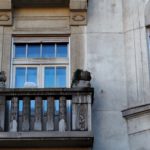 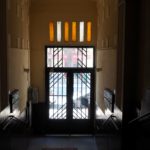 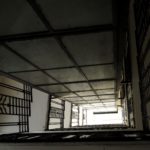 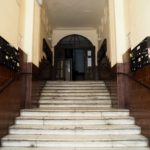 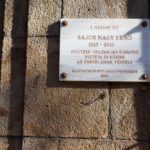 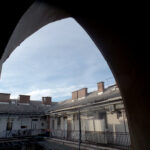 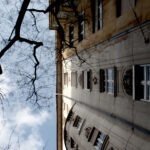 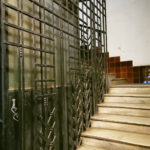 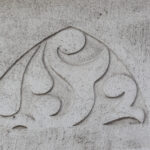 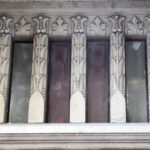 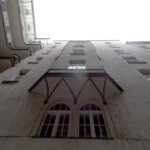 The building standing on the corner of Pozsonyi Rd. and Radnóti Street was planned and built by Samu Sándor Löffler, the elder one of the Löffler brothers, the most famous fin-de-siècle architect-brothers of Budapest. They planned the whole complex of the Kazinczy Street Synagogue, the Menorah House/Burger tenement house, the Piatschek House, the Kramer tenement house, the Magda Court, the Erdélyi tenement house and as well as many significant buildings of the Jewish Quarter of Budapest.

The tenement house at the Pozsonyi Road (called 13-15 Pozsonyi Road at the time) had two developers and owners. One of them was the widow of Rezső Oblatt (née Laurea Weisz), while the other one (being also the owner) was publisher Ödön Löbl (Budapest, 6 June 1904 - Wien, 1 October 1966), who owned a printing house and a textile factory as well. He published many high quality, bibliophile art publications from the 1930s; among the first ones was Cyrano, an engraving-illustrated art-brochure by painter and engraver Pál Molnár C.