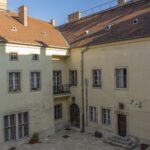 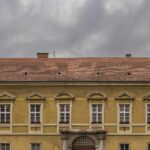 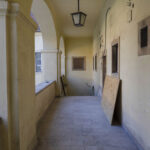 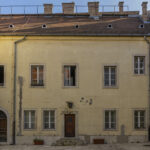 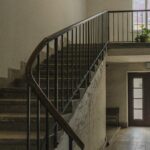 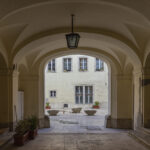 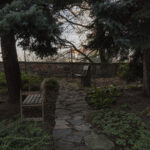 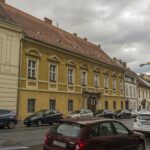 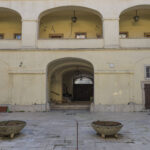 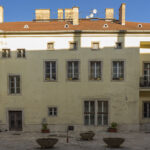 A beautiful golden yellow facade, some baroque details and hidden medieval (14th-century) remains in one building. In the early 20th century the building was owned by the renowned literature patron, Lajos Hatvany, hence the finest members of the Hungarian art scene showed up here. Later he sold the residence to the famous French jeweler, Louis Cartier (who bought it for her wife, the countess Jacqueline Almásy). During the renovations after the siege of Buda at the end of World War II, remains of 15th-century frescos were found on the garden facade.