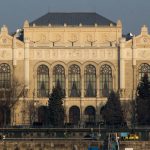 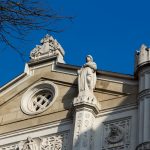 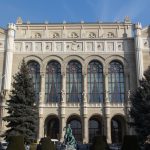 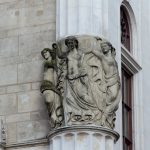 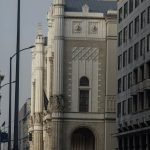 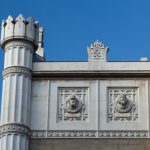 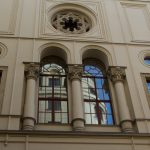 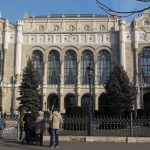 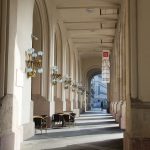 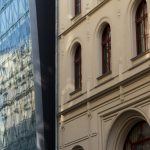 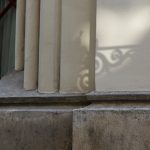 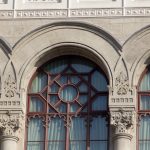 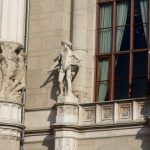 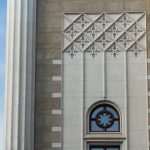 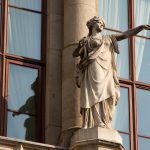 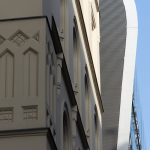 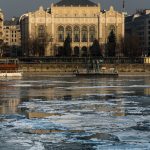 History of the Pesti Vigadó

The predecessor of today's Vigadó called Redoute, which was opened in 1833 and built on the basis of Mihály Pollack's plans, was the home of the highest culture in its own time. Franz Liszt, Ferenc Erkel and both Johann Strausses (jr. and sr.) gave several concerts in the building. During the 1848-49 Hungarian revolution and freedom fight, Austrian General Hentzi bombarded the building from the Castle Hill, which is situated on the opposite bank of the River Danube, and had the Redoute completely destroyed.

Following the rebuilding based on Frigyes Feszl's plans, Vigadó was reopened only in 1865 and it soon housed a very outstanding event. In 1867, Franz Joseph's coronation banquette was held here and Budapest was also born in this building from the unification of the formerly three distinct city parts of Pest, Buda and Óbuda. Among many other celebrities, Béla Bartók, Johannes Brahms, Camille Saint-Saëns and Claude Debussy gave performances, while Bruno Walter and Herbert von Karajan conducted orchestras, in Vigadó's Concert Hall. AfterWorldWar 2, Vigadó staged concerts and cultural events and in 2004 it closed down.

Presently, Vigadó, which has been functioning not only as the home and seat of the Hungarian Academy of Arts but also as Europe's first Gesamtkunstwerk centre since 2014, is privileged to offer a perfect location for cultural and arts events and also houses a wide variety of constantly changing exhibitions.

Vigadó Gallery with its three exhibition spaces is situated in the basement and on the ground floor. The ground floor hosts not only the library and the reading room of the Hungarian Academy of Arts but also Vigadó's Restaurant and Coffee Shop as well as the building's stately Lobby and Foyer. From the ground floor, the Ornamental Stairs lead to the Ceremonial Hall on the 2nd floor, and to the adjoining Box of Honour as well as to the Northern and Southern Rooms, while the other floors of the building are accessible through two panoramic lifts and a stairway. The 4th floor houses Makovecz Room and Sinkovits Imre Chamber Theatre, while the 5th and 6th floors are home to multipurpose exhibition halls, which boast of unique designs. Vigadó's Panoramic Terrace overlooking the River Danube is directly accessible from the 6th floor and it offers a magnificent view of the Buda-side area looking out on famous sites ranging from the Citadel to the Buda Castle District.