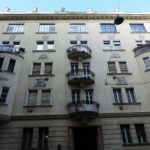 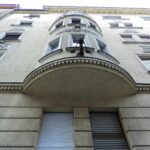 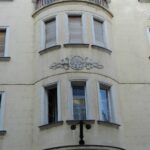 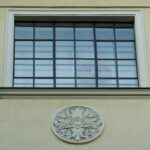 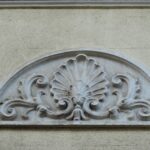 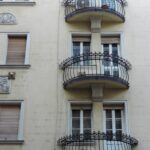 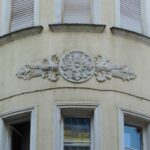 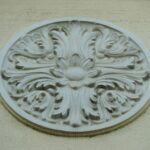 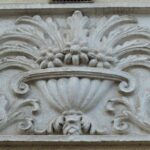 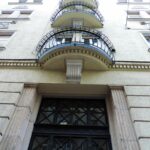 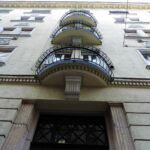 A three-storey tenement house built in Neo-classical style, with hanging corridors and an L-shaped ground plan. Its frontispiece has seven shafts. Originally two- and three-roomed flats were built on the first, second and third floors and two studio apartments were designed in the mansard. Below the window parapets stucco decorations can be seen in square, half-round and round frames. On the cornice stones vases stand for decoration above the middlemost five parapets (out of the six vases only five survived the last century). However, the original wrought iron gate of the house is still in its place these days.